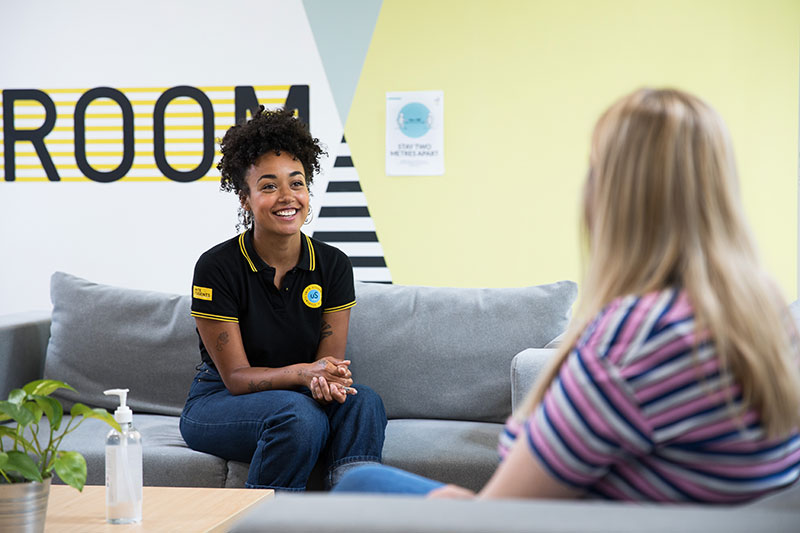 All PostsFood and DrinkHealth and WellbeingMoneyStudent LivingStudy and Careers
The Common Room≥Food and Drink≥Worried about cooking for yourself at uni? Here’s how to become a better chef

Worried about cooking for yourself at uni? Here’s how to become a better chef

As a child, I always followed my mum around and usually she would be in the kitchen, so I’d watch her cook every day. As I grew older, I began wanting to help. By taking part with the cooking process, I could observe and learn at the same time.

What’s even better is to have your parent or guardian observe you cooking whilst they tell you what to do. This is a good way to ensure you’re doing all the right things and helps increase memory retention since you are the one cooking.

I can definitely say that growing up watching my parents cook helped to lay a solid foundation. Just observing someone else can really help you learn the basic skills needed to cook.

Of course, if you’re reading this, it might be too late for that now. But there’s still plenty of time and plenty of ways for you to learn to cook too.

The first skill to know is how to use a knife and how to use it safely. Now, we have a big old butcher’s knife at home which is possibly more dangerous than your average knife. However, since I dived straight into the deep end, using a normal knife at university seemed much easier.

One thing to remember when using a knife is to keep your fingers curled, which minimises the chances of getting cut but mainly ensures you don’t chop off any fingers. I think a sharp knife is also safer (as contradictory as that sounds) because a sharp knife cuts through ingredients far easier, whereas a blunt knife can cause a slip which increases the chances of getting cut.

The main struggle I had was timing and heat control. Controlling and knowing when the food is perfectly cooked isn’t as simple as it seems. If you undercook it, you’ll get ill and if you overcook it, the vegetables could be too soft and the meat might be too tough.

So, my advice is to not take that recipe so seriously and make your own judgements on whether it’s cooked or not. This isn’t a skill you can learn as easily as using a knife, it definitely takes more time to get used to it but over time you’ll be able to know exactly when it’s ready, like I have.

One final tip: don’t be afraid of getting hurt, either by a knife or by the heat. I find many people overthink the dangerous aspects of cooking, which stops them from developing their skills. Accidents can happen but, as long as you’re safe with using any utensils, there’s nothing stopping you from being the best chef you can be.

#New student#Student cooking#The Leap
f
Enjoyed this article? Give it a like

By Emily Z.
Emily is studying Architecture at the College of Art in the University of Edinburgh. As someone who enjoys the arts, she spends her free time handcrafting not only as a hobby but to expand her knowledge on multiple art skills e.g. textiles, printmaking techniques and photography. Furthermore, she enjoys mountain and hill walking as a form of exercise. at University of Edinburgh
Suggested for you

Budget meals: What I cook when time and money are tight

Vegan lunch: 3 Midday meals to make at home and have at uni

Breakfast: 3 Morning meals that are ready in just 15 mins