Get to know us: Two LGBTQ+ employees at Unite Students

08 Jul 2021
By Unite Students, Staff writer at The Common Room

Unite Students supports LGBTQ+ equality and as Bristol is the home of our head office, we’ve sponsored Bristol Pride for the last 5 years.

In light of this, we caught up with two of our LGBTQ+ employees about their very different experiences of coming out, what Pride means to them, and what it’s like to work for Unite Students.

From an early age, I knew I was ‘different’. I only realised why in my mid-teens. High school was difficult for a number of reasons, as any teen struggles at school when there are things going on at home, but add in your sexuality and it mounts up even more. You ask yourself, “Who am I? Where do I fit in?”

Although my family supported me, at school I faced a lot of name-calling and got into trouble for standing up for myself against bullies; my mum even pulled me out of school at one point. Eventually, I had to say, “I won’t be broken any more; no-one has the power to make me feel like that.” A few years ago, I ended up speaking to one of the school bullies. He apologised for the things he’d said, but was shocked to learn about the impact it had on me. It’s so important to teach teenagers that same-sex relationships are ok, and to speak out against bigotry.

I didn’t go to university, but I went to college, where I studied mechanical engineering for a year and then hairdressing; I faced bullying there as well. After that, I worked in security services, which was dominated by heterosexual men in thrall to toxic masculinity. I felt like I couldn’t be myself. By the time I came to Unite Students back in June 2018, I was on medication to help me manage my depression.

After a few months at the company, I no longer needed it. A large part of that was finally feeling accepted by my peers and like I could be myself in the workplace. It’s all about how you interact with people - I can talk to my colleagues about things like acceptable terminology, and they’ve been really supportive when I’ve written about my experiences for the employee hub. After reading one of my posts, my colleague Pauline came over and said, “You’ve always got me.”

For Halloween in 2018, I asked my manager if I could dress up in drag. I’d started doing drag in Manchester as a laugh when I was 17. It’s an expensive pastime, so I mostly do it for parties now - it’s like wearing a superhero costume - but I would never have dreamed of wearing drag at work in any previous job. My manager said, “Why wouldn’t you be able to? It doesn’t stop you doing your job.”

It was another taste of acceptance. I was fully supported by my colleagues, while the students loved it and wanted pictures. They even wanted me to win the best dressed competition! I’ve turned up in drag several times since, including at Durham Pride in 2019 - the first time we took part in it. I love being able to be me and no-one’s shocked. The attitude here is: live your life.

One time, an international student spoke to me while she smoked outside. She asked for my guidance, begging me not to tell her family, and then revealed that she was gay. She had told her university friends, but being gay was taboo in her culture and she was afraid of being disowned by her family. She had to choose how to be around her family, but I told her that while she was at university, she should be herself. A few weeks later, she came up to me and thanked me.

It felt really good to give her that reassurance, as I know what it’s like to be there and wonder if I’ll be accepted or have a home to go back to. In those situations, I draw on my own experiences and share how I felt. I hate the phrase ‘it gets better’ - it shouldn’t have to get better! - but it really does.

In some ways it still feels bizarre that I can come to work, be accepted for who I am and have colleagues embrace the fact that I am ‘different’. I am not seen as different or strange - just as Dave. That means a lot. To finally feel accepted by my peers is such a freeing feeling. If I could speak to young and confused 15-year-old Dave, I would tell him it’s ok to be who you want to be, and it’s ok to love who you want to love. The word ‘pride’, to me, says to the world, “This is me and I am proud of who I am, and the person I have become. I am not ashamed.” 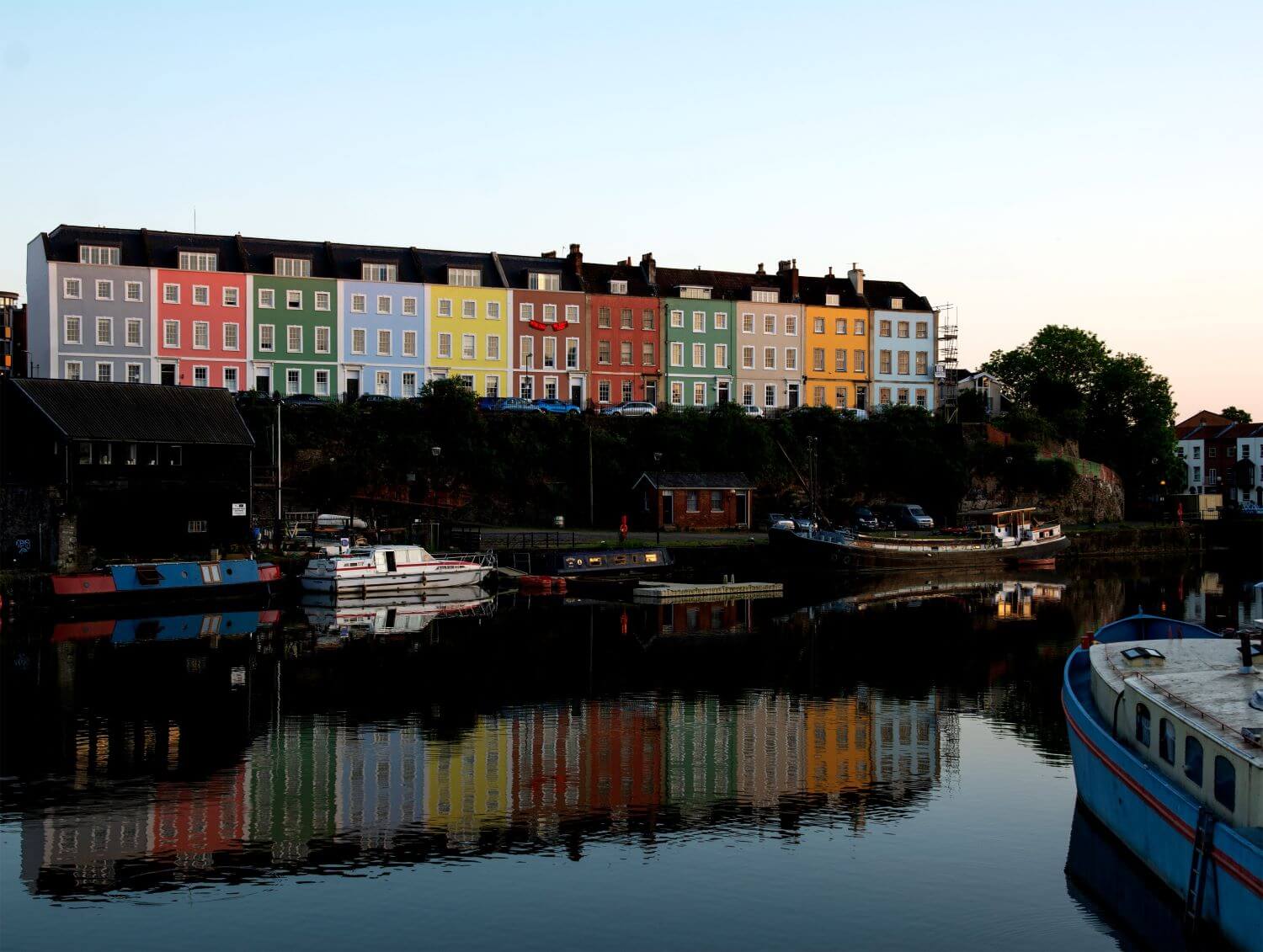 I was born and raised in a very small Canadian fishing village, which was very traditional in the ‘grow up, find a nice young man, get married, settle down and pop out a few kids’ sense. My parents were laid-back, non-judgemental and open to anything, so I was raised with a "just be you" motto. I always had a boyfriend from the age of 15 and was headed for a life much like the other young people in my village.

Unfortunately, my mother passed away unexpectedly of cancer just after I graduated high school. As my world fell apart, I questioned everything around me. At 19, I took the plunge and moved from my 3,000-person village to the bustling, culturally vast city of Toronto, and I experienced a world of people, communities and cultures I didn't know existed.

I became friends with a woman there, and our friendship was like any other - until one night we took our friendship further. It was my first experience with a woman, and the next day the penny dropped. None of my boyfriends had ever lasted more than a year; while I liked them, I always felt a massive void in my relationships. It was only then that I pinpointed what was missing.

I wasn’t ready to come out at 20, so I hid it from everyone - even continuing to have boyfriends to keep up appearances, until three years later I went backpacking in Australia with my sister. During this year-long experience, it became impossible for me to hide my sexuality from my sister, so I sat her down and told her. Her response was exactly what you’d hope for, and she was supportive from that day on.

Near the end of my trip, I met someone - my now wife - and needed to break the news to my family before I returned home. Working out the time difference, I plucked up the courage to call my dad; I could feel my heartbeat. After some small talk, I told him I met someone and that it was a ‘she’. He asked me if I was happy, I said yes, and that was it. We never spoke about it again - it was just part of me, and I was part of him, and it was how I was choosing to live my life. All my friends were very accepting, and even my 90-year-old grandmother proudly supported us in the front row at our wedding.

I’m fully aware that I was very lucky to have had such a positive experience, and I pray that one day there won't be the need to ‘come out’ - that identifying out of the ‘norm’ sexually will be as noteworthy as deciding which pair of socks to wear!

Over time, there has been positive progression for people who don't fit into traditional norms. It's easier to bring up and speak freely about, and there’s so much more support available for those that want it. There’s still a long way to go, but it’s being normalised - slowly! I'm just happy to be me, and to be me freely without judgement. I’m blessed to live in a community that accepts me and my family, and I'm proud that my children are being raised where they feel safe. Pride Month is every month for me and my family, and that's what I'm most proud about.

My sexuality has never mattered in my time working at Unite Students - during my interview, during my progression, during my day-to-day working life. My choice to identify as a lesbian has no bearing on my performance and career, and that feels good - it’s just normal, like it should be. To any LGBTQ+ students who are thinking about living with us, I would say join us. Join the inclusion, join the feeling of being safe and secure, join the fun, join us on the start of the rest of your life!

If you need to talk to someone about any of the issues raised in this blog, get in touch with Student Minds.

#LGBTQplus#Pride#Wellbeing
f
Enjoyed this article? Give it a like