Did you know the oldest recorded same-sex couple in history is thought to be two royal servants from Ancient Egypt?

And that recognition of an official third gender in India dates back hundreds of years in Hindu tradition?

The history of LGBTQ+ people and the fight to secure their rights has been going on for as long as we’ve been on the planet. From Ancient Egypt to India, writing an article on the entire history of the LGBT community would mean I’d be writing for days.

Still, when most people think of LGBTQ history, they think of the recent gay rights movement of the 1970s and the creation of the Pride flag.

While it’s great that people think of these moments, I wanted to take a deeper dive into history so we can better understand just why we all come together to celebrate Pride every year. And as we get ready for Bristol Pride (1-12 September), what better time to do it than now.

What does ‘LGBTQ+’ mean?

If you’re not sure what LGBTQ+ stands for, it’s lesbian, gay, bisexual, transgender and queer/questioning, plus all other terms that might come under the label of non-heterosexual, non-cisgender, such as asexual or intersex.

‘Queer’ is an umbrella term that someone might label themselves if they’re not heterosexual or not cisgender (a cisgender person is someone who identifies as the same gender they were assigned at birth), or both.

The use of the word ‘queer’ has a painful history as a disrespectful term used against LGBTQ+ people, but some in the community have reclaimed it and choose to use the word to describe themselves. So, you shouldn’t call someone ‘queer’ unless you know they’re comfortable using that label themselves.

When did the LGBTQ+ rights movement start?

The fight for equality on the part of LGBTQ+ people exists worldwide, across many different cultures and timelines. It involves a broad and diverse range of issues, such as conversion therapy, marriage equality, violence against the transgender community, and social acceptance of LGBTQ+ people among others.

Most people consider the modern LGBT rights movement, however, to begin with the historic Stonewall riots and the gay liberation movement of the 1960s, ‘70s and ‘80s.

What were the Stonewall riots and why did they happen? 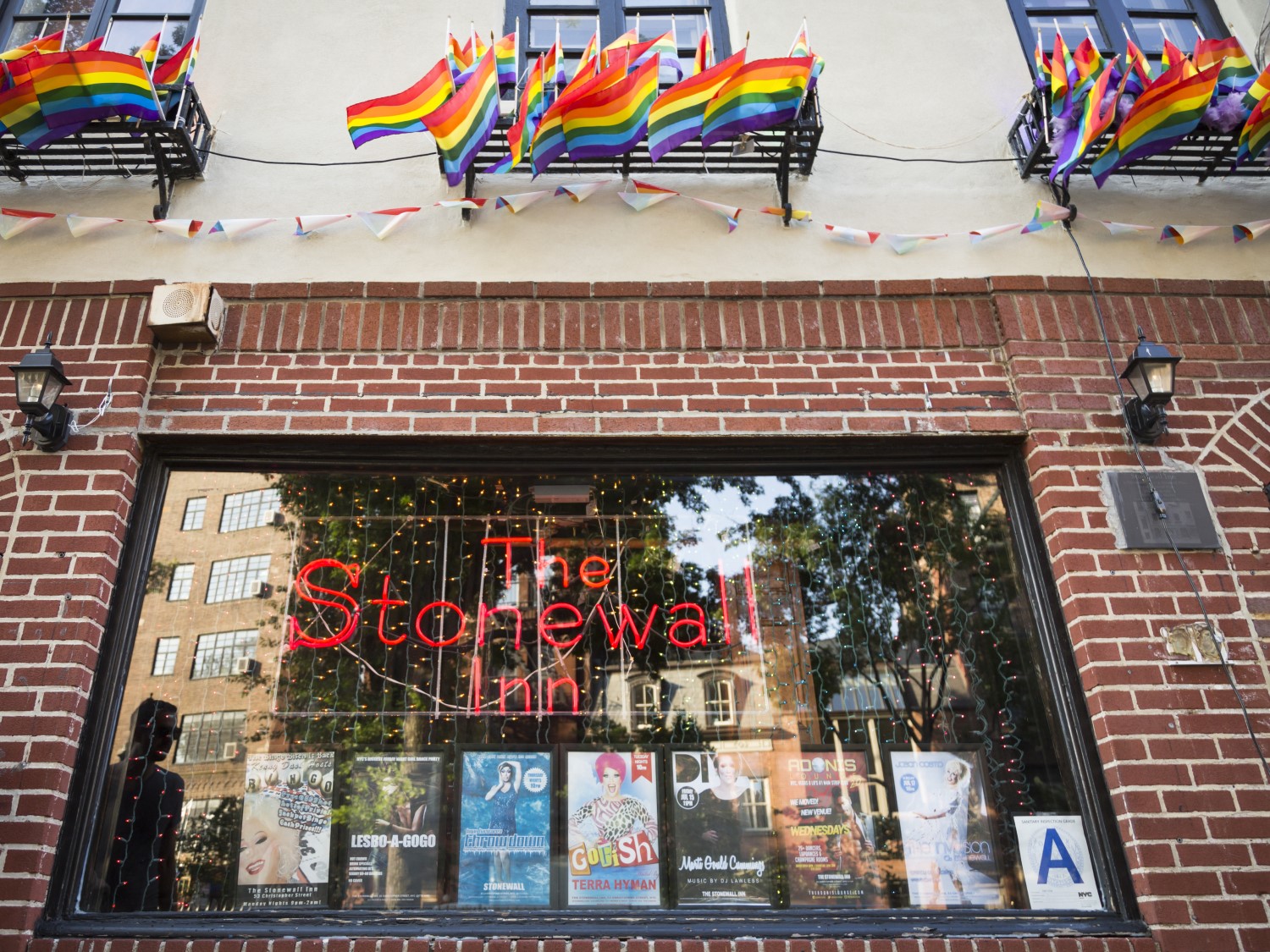 At the time, LGBTQ+ people faced several legal, political and economic barriers to equality in the United States, and same sex relations in New York State were illegal - hence the police raid.

Violence and riots quickly started outside the Stonewall Inn from patrons of the bar and members of the local community who wanted to fight back against the homophobic discrimination they faced by law enforcement. Some police officers were barricaded in the bar by the crowds. The protests continued for the next five days.

Because the Stonewall Uprising generated so much media attention, the protests acted as a catalyst for political action among the LGBTQ+ community elsewhere. Where before people had been forced to hide their sexuality or feel ashamed, now these people were standing up for their right to live in a society where they could be proud of their sexuality.

The Gay Liberation Front was founded in New York soon after the Stonewall riots, with the UK and Canada starting Gay Liberation Front organisations of their own. They had a broad political agenda which spanned anti-racism and anti-capitalism, as well as their aim of ending the persecution of homosexuality. Groups such as these staged marches, demonstrations and used direct action with the hopes of gathering support from the community.

Who was key to the movement?

Marsha P. Johnson was an important gay and transgender rights activist involved in the Stonewall Uprising. Shortly afterwards, she founded an organisation called Street Transvestite Action Revolutionaries with their friend Sylvia Rivera, to support gay and transgender individuals who were homeless or otherwise estranged from their families. They were also a member of the Drag Queen Caucus for the Gay Liberation Front, and were well-known for organising and leading gay rights marches.

Harvey Milk was the first openly gay elected official in California in 1978. He was a member of the San Francisco Board of Supervisors, and sponsored a civil rights bill which outlawed discrimination due to sexual orientation during his time in office.

He also gave a well-known speech, known as ‘the Hope speech’ during the San Francisco Gay Freedom Day Parade in June 1978, in which he expressed support for members of the gay community and encouraged them not to hide, but instead to fight for their rights.

Brenda Howard is known as ‘the Mother of Pride’. She was active in the Gay Liberation Front, as well as several other gay rights and bisexual rights groups. She was instrumental in coordinating the first ever LGBTQ+ Pride march in 1970, and organised a week-long series of events around Pride Day, which evolved into the month-long Pride celebrations we know today.

Who created the Pride flag and what does it represent? 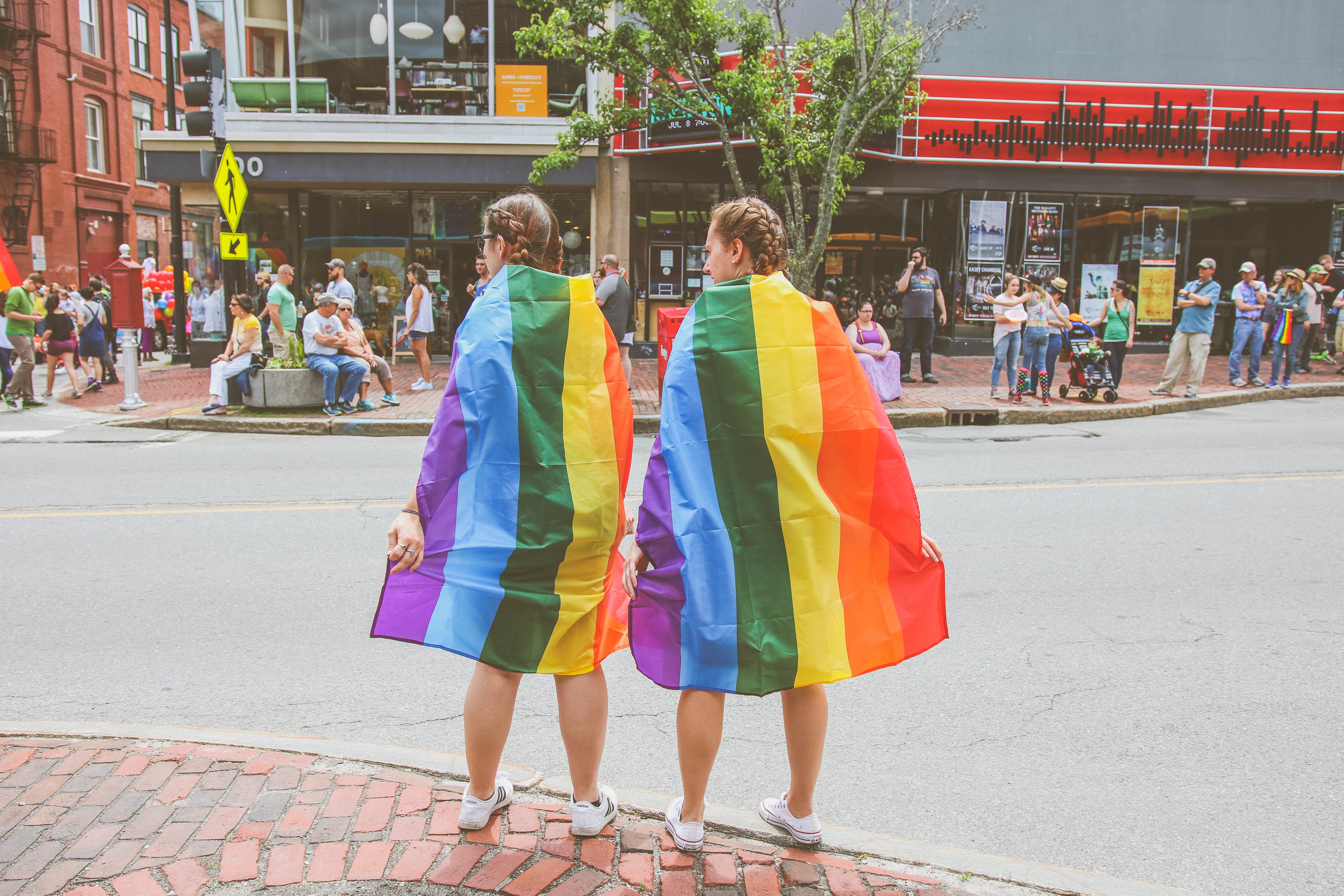 The very first pride flag had eight colours, with a pink and a turquoise stripe, as well as the more common rainbow colours (red, orange, yellow, green, blue and violet) that we see today.

It was flown at the San Francisco Gay Freedom Day Parade in June 1978. Activist Gilbert Baker was challenged by Harvey Milk to create a symbol of pride for the movement. The flag was modified later that year. The pink stripes were dropped and the turquoise stripe became a royal blue.

More recently, the Pride flag was adapted with a chevron design. This included a black and brown stripe, which represented people of colour, and colours borrowed from the transgender pride flag, which is to be more inclusive of the transgender community.

Why do we celebrate Pride?

One year after the Stonewall Riots, a march was organised to commemorate the event, known then as Christopher Street Liberation Day. This was the first Gay Pride march in New York City.

This happens in order to commemorate the events of the Stonewall Uprising, as well as celebrating LGBTQ+ pride and recognising the struggles that the community has faced and continues to face today.

You should never be treated differently for who you are, and you should always feel free to be your most authentic self. If you’re struggling in any way, here are some organisations you can contact:

You can also contact the support services offered by your university or the Welfare Lead in your city. Just get in contact with your reception team or reach out to us on WebChat or social media and we’ll put you in contact.

#LGBT#Pride#Wellbeing
f
Enjoyed this article? Give it a like

By Melissa H.
I’m a recent history grad with an interest in social movement history, feminism and pop culture. I’m now working as the Social Media Assistant for Unite Students. Aspiring golden retriever owner. at Unite Students
Suggested for you

Being LGBT at university