04 Apr 2019
By Unite Students, Staff writer at The Common Room

‘I came to look around Leeds three times before moving in.’ YouTube star Molly grew up just 50 miles from her university city. But she still made a few trips before she moved, and she says it helped her feel at home more quickly.

Are you starting university this year? Pay your new city a visit this summer and stay with us. We’ve got flexible, short-stay rooms available all over the UK. Book your summer stay now.

#Living with us#Preparing for university

Scroll to your city to find something interesting to plan your trip around.

Once a year, Scotland’s city of granite transforms into the city of graffiti (and other visual delights). Artists, designers, and performers celebrate Aberdeen’s historic public spaces with a fun festival of art and design. Wonderful.

On Saturday 13 July, the Roman city of Bath will have a distinctly Brazilian vibe. The Bath Carnival is a riot (not a literal one) of colour, costume, and music - featuring samba drums, an all-day festival, and a ridiculously fun procession. Eat, drink, dance, and be merry.

Digbeth is a very cool part of Birmingham, full of gorgeous street art and creative businesses. After a two-year break, Carnival Magnifico returns to the Digbeth Arena, bringing with it an explosion of music, dance, food, fancy dress, and carnival performers.

It’s the UK’s biggest air festival, and it’s four days of free fun on the beach. What more could you want? Visit Bournemouth at the end of August and enjoy spectacular aerial displays, great food and drink, sun, sea, sand - and ice cream. Glorious. 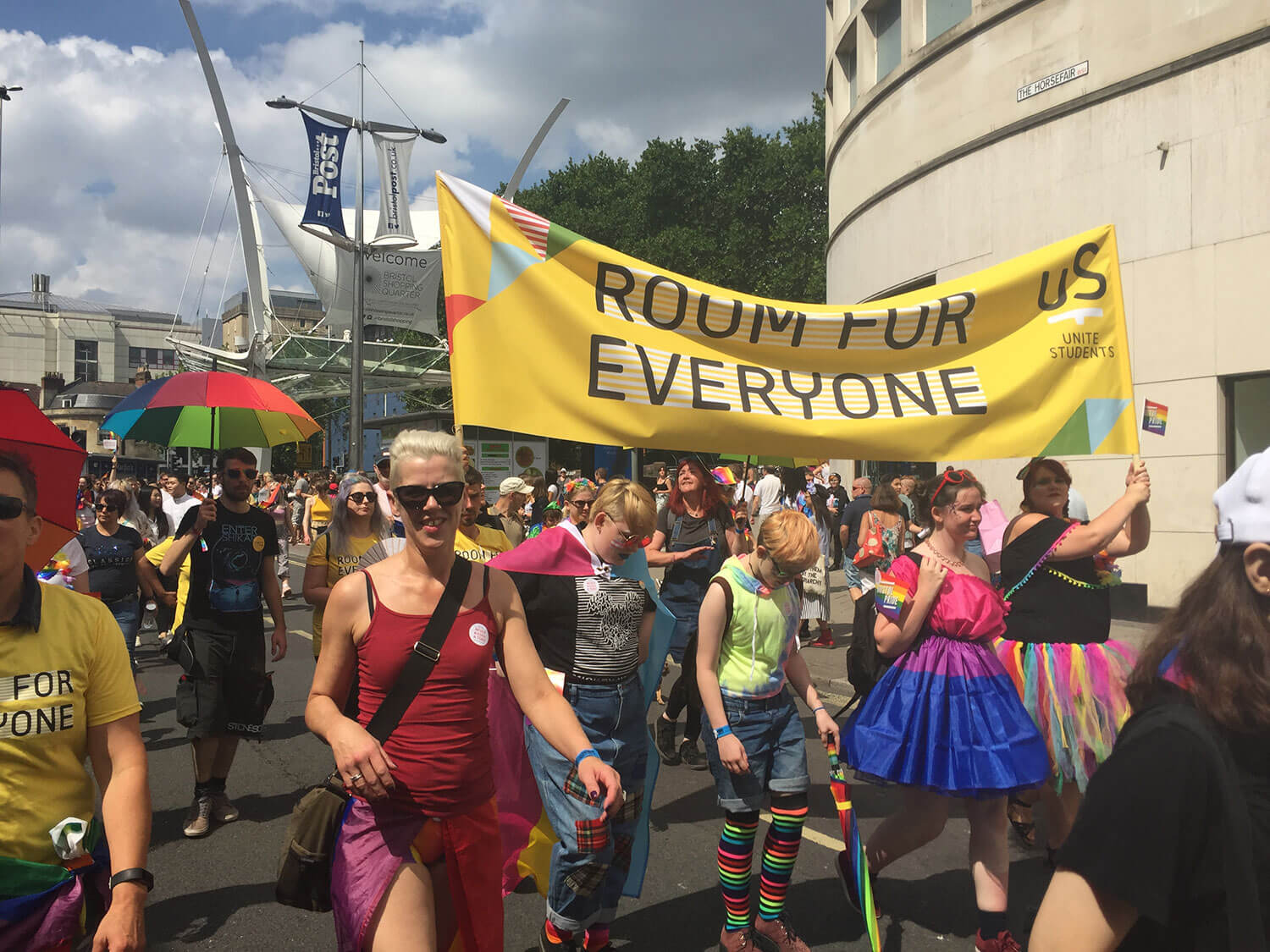 We’re the headline sponsor of Bristol Pride again this year - and the 2019 version will be bigger and better than ever. Events run from the start of July and culminate in Pride Day - which kicks off with a procession through the city centre and a concert at the event’s new home, Clifton Downs. Get involved!

A new two-day music festival for the city of Coventry, the Soundscape Weekender is headlined by Anne-Marie and Mabel and will feature performances from Clean Bandit and X-Factor winners Rak-Su. Coventry’s Ricoh Arena is the place to be this June.

It’s the UK’s second oldest regatta and can trace its roots back to 1815. The Durham Regatta is a weekend full of boat races, live bands, classic cars, great food and drink, and - hopefully - some sunshine. There’s no better weekend to take a trip to Durham. 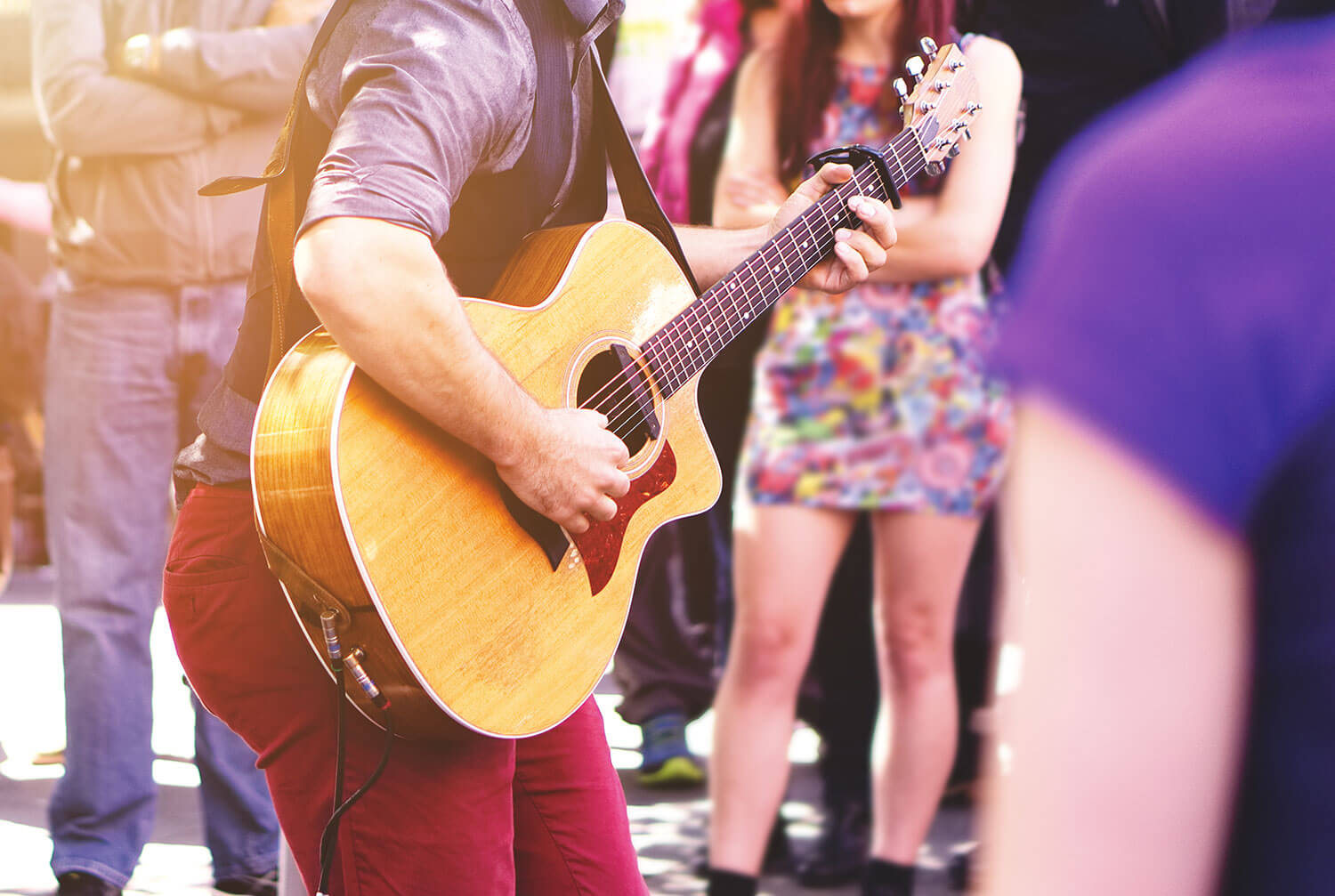 The Edinburgh Fringe has come a long way since it started life in 1947. It’s now the biggest arts and culture festival on Earth, attracting almost three million visitors in 2018. Edinburgh is an incredible place to be during the Fringe, perfect for getting you excited about your move.

Packed with live music, outdoor film screenings, comedy, and much more, the Exeter Festival is brand new for 2019. The Northernhay Gardens is hosting most of the action, with pop-rockers The Hoosiers headlining the Saturday night fun. Brilliant.

Glasgow’s comic convention returns for its 9th year, this time at the Royal Concert Hall. With more than 150 exhibitors and comic creators from all over the world, fans will not be disappointed. Expect an abundance of fantastic cosplayers and sumptuous artwork.

Held over four days at Leeds College of Music and The Wardrobe Theatre, Leeds Jazz Festival packs some of the finest names in the business into an exciting programme of live performances. Highlight of this year? A jazz celebration of the Windrush generation. Ace.

Pay Leicester a visit on the first Saturday in August, and it’ll feel more like Barbados than the east Midlands. Leicester Caribbean Carnival has a parade with floats, music stages, sound systems, dancers, food and drink stalls - and, above all, a lovely tropical island party vibe.

Visit Liverpool this July to see the top 16 teams in the world compete for the Netball World Cup. Tickets are available from just £7, with games held at the 11,000-seater M&S Bank Arena. Hosts England are in with a good chance, so the atmosphere should be electric. 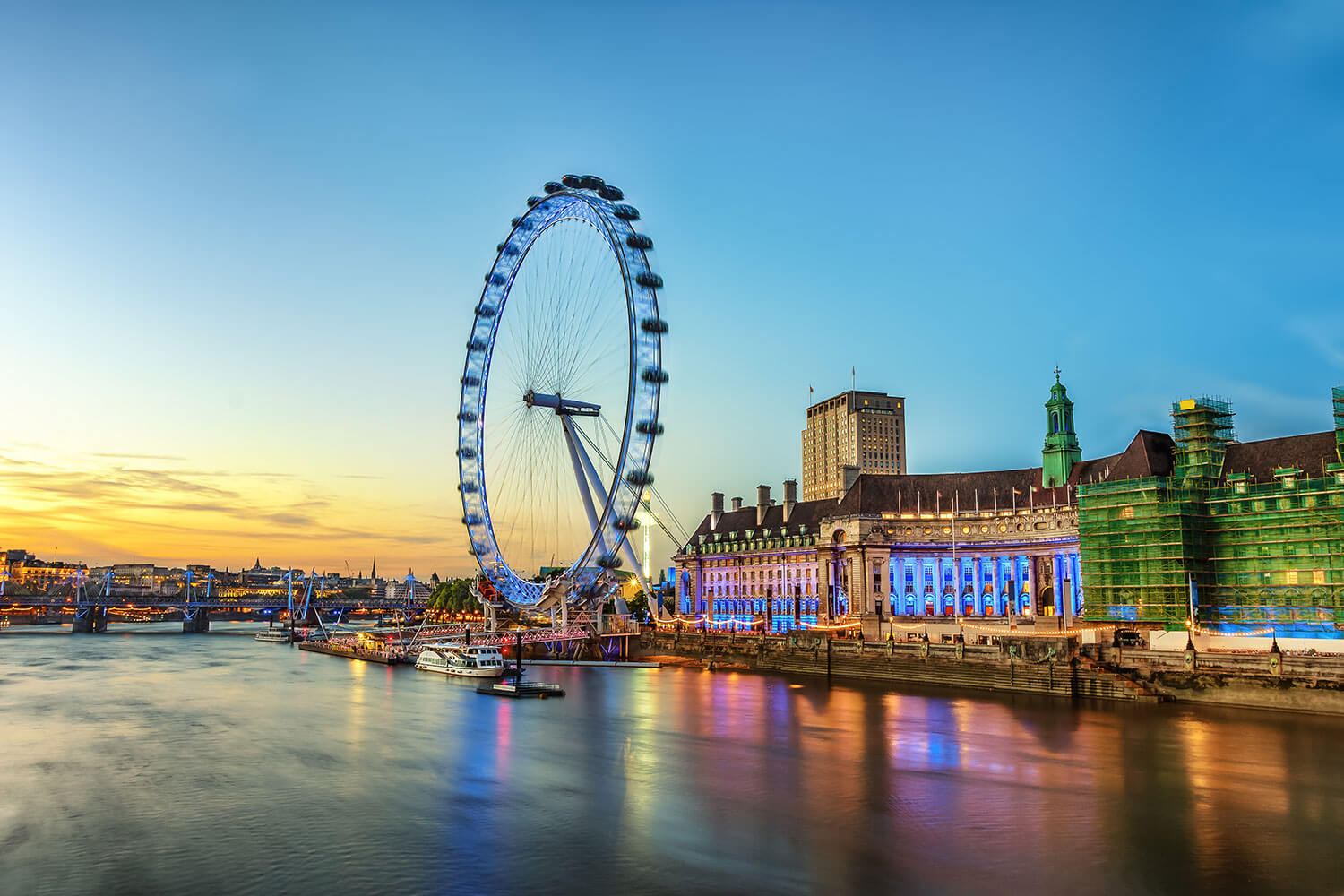 The South Bank’s brilliant pop-up festival returns for its 11th year. The best in the comedy, circus, cabaret, music, and stage businesses will be performing on-stage inside a huge, upside down purple cow. And with one of the best beer gardens in the city right here, beside the Thames, there are few better places to be in London on a summer weekend.

On Saturday 16 June 2019, Market Place in Loughborough town centre will be full of classic and vintage cars, with a special appearance by local custom car club the Charnwood Cruisers. Top Gear’s Alex Riley will be hosting, so get down there and get involved.

Spanning 18 days, the MIF is a spectacular festival of new work from the worlds of performing and visual arts. Events take place at venues across the city, and many of them are free. The MIF only takes place every two years, so book your stay now!

The UK’s biggest free pride festival returns. This three-day event features a huge parade, a festival arena with a fairground and main stage (featuring top music acts), and plenty of places to eat, drink, and party. The perfect excuse for a weekend in the north-east.

The first weekend in August is a fairly safe bet for nice weather. So head to Nottingham’s Victoria Embankment for a sunny day of dragon boat racing on the River Trent. There’ll be music, dancing, and food and drink in abundance. No guarantees on the sunshine. 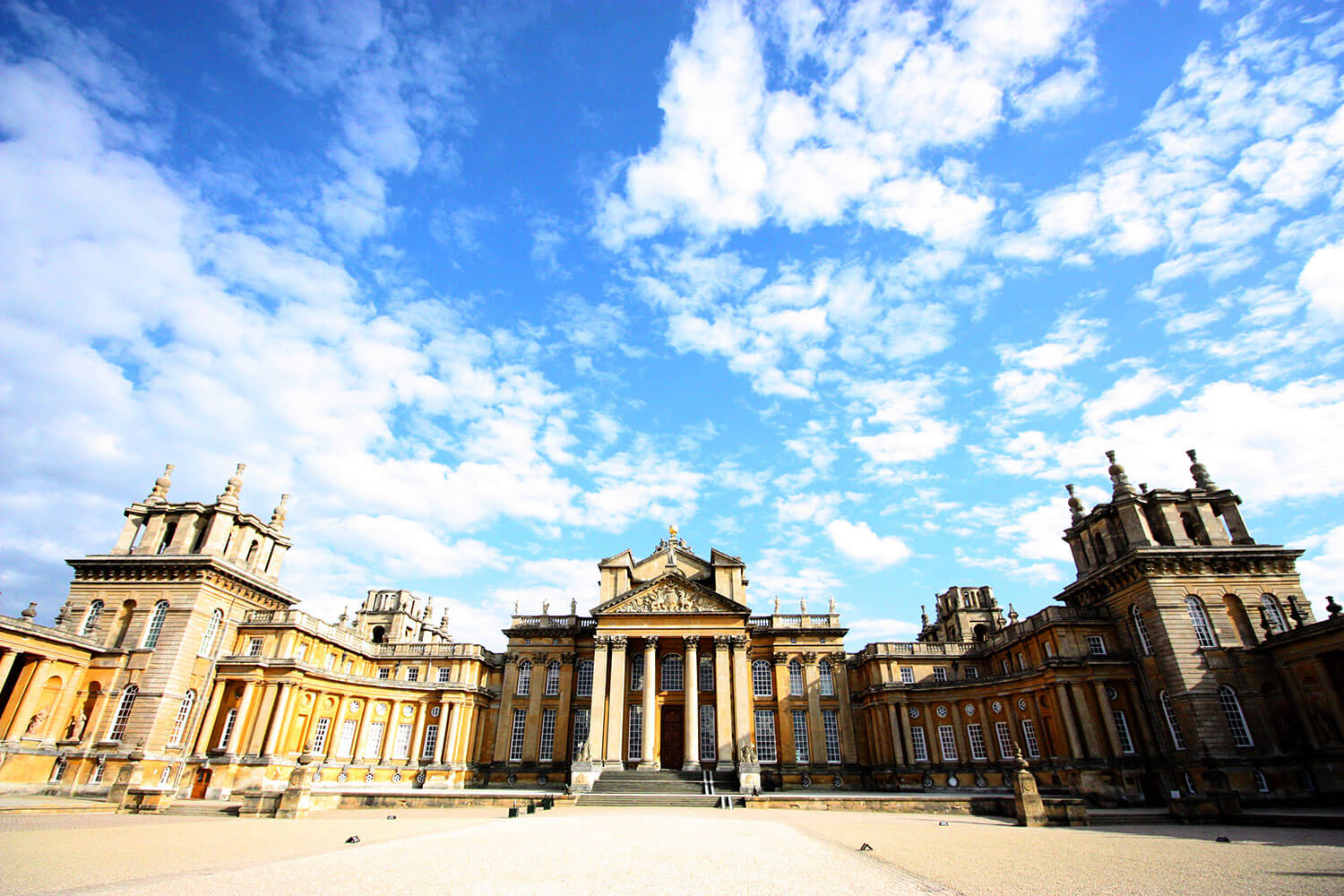 Even if you don’t have green fingers, this flower show is well worth a visit. For starters, it’s held at a palace - a World Heritage Site that has some of the most spectacular grounds in the UK. And for seconds, there’s a whole pavillion full of food and drink.

Celebrating its 20th year in 2019, Portsmouth Festivities is a city-wide, multi-venue programme of cultural events. From talks, plays, and workshops to music, dance and cinema, there’s something for everyone to enjoy during this 10-day extravaganza. 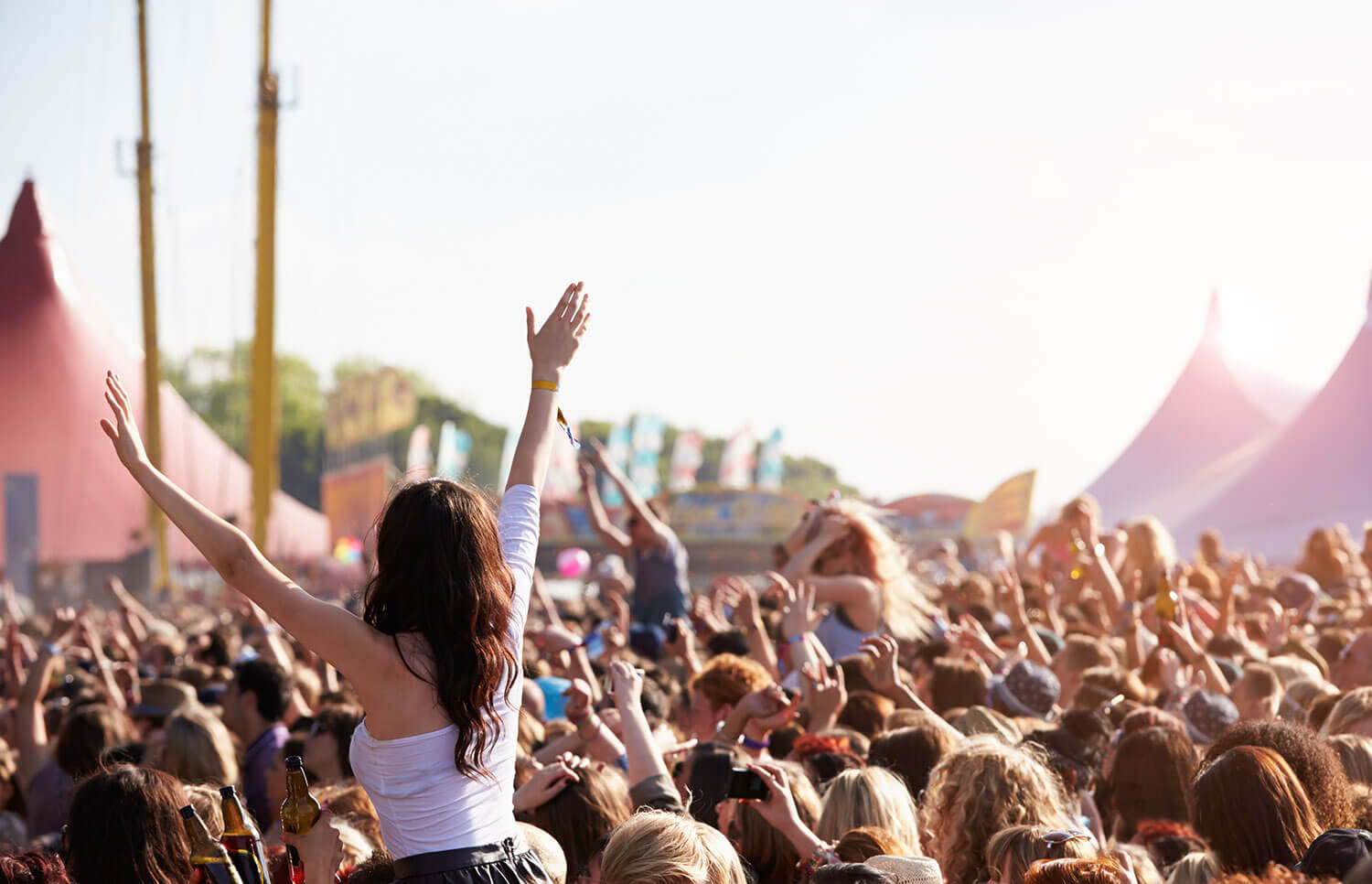 From humble beginnings in 1989, Reading Festival has grown to be one of the UK’s biggest summer music events. Now celebrating its 30th year, headline acts include the Foo Fighters, twenty one pilots, Post Malone, and The 1975. Be there, or be in Leeds.

That’s right, the steel city is home to one of the world’s leading festivals for documentary and non-fiction storytelling. The festival itself runs for six days, but there are events all year round. Look out for film screenings, live performance, talks, and social events.

Stay with us: Book your room now

With 50,000 rooms in 22 cities, we’ve got rooms at competitive rates for your summer trip. There’s no minimum stay, so if you’re only visiting for the weekend, that’s absolutely fine. Find a summer stay room with us now.

#Living with us#Preparing for university
f
Enjoyed this article? Give it a like

Fresher fears? How taking a gap year helped me prepare

Picking a university: Tips your college won’t give you

Uni open days: Student ambassador Buxi explains what to do