All PostsFood and DrinkHealth and WellbeingMoneyStudent LivingStudy and Careers
The Common Room≥Study and Careers≥‘What am I doing with my life?’: Ellie M on why you should follow your passion, not degree

‘What am I doing with my life?’: Ellie M on why you should follow your passion, not degree

01 Oct 2021
By Ellie M., Post-grad at University of Glasgow
Struggling to find your life purpose? Don’t worry, me too…

We’ve all had that moment; on the bus staring at the rain pouring down the window, in the middle of a lunch break after a complicated morning of lectures, or even in the lighter moments, perhaps while having the best day with your friends. Your brain clicks on, and suddenly without any warning, asks a question that would bring visible concern to the brow of any of us: ‘Hey, what am I doing with my life?!’

Believe me, I’ve been there too, and I can vouch for it being one of the most disconcerting places any student will ever find themselves. As we get older, this question becomes more daunting. There seems to be this universal belief that when we hit a certain age in life, we should all know exactly what we’re doing and where we’re going. And what an unrealistic belief that is! If you’re like me, you’ve just spent roughly the last 17 years in education, so how on earth can anyone expect us to suddenly know what we’re doing in the outside world?!

We’re not always good at remembering how ridiculous this expectation is either, myself included, and of course that only makes things worse. ‘Am I falling behind? My friends all seem so organised and know what they’re doing!’ News flash: no, they don’t.

A change of heart

I’m a very passionate person, and for four years I studied theatre, film, and television. After the first three years, I found my passion had shifted – quite dramatically in places. I realised I had completely fallen out of love with theatre, but I was still enjoying film. So, I’m going to go into film production, right? Wrong again. 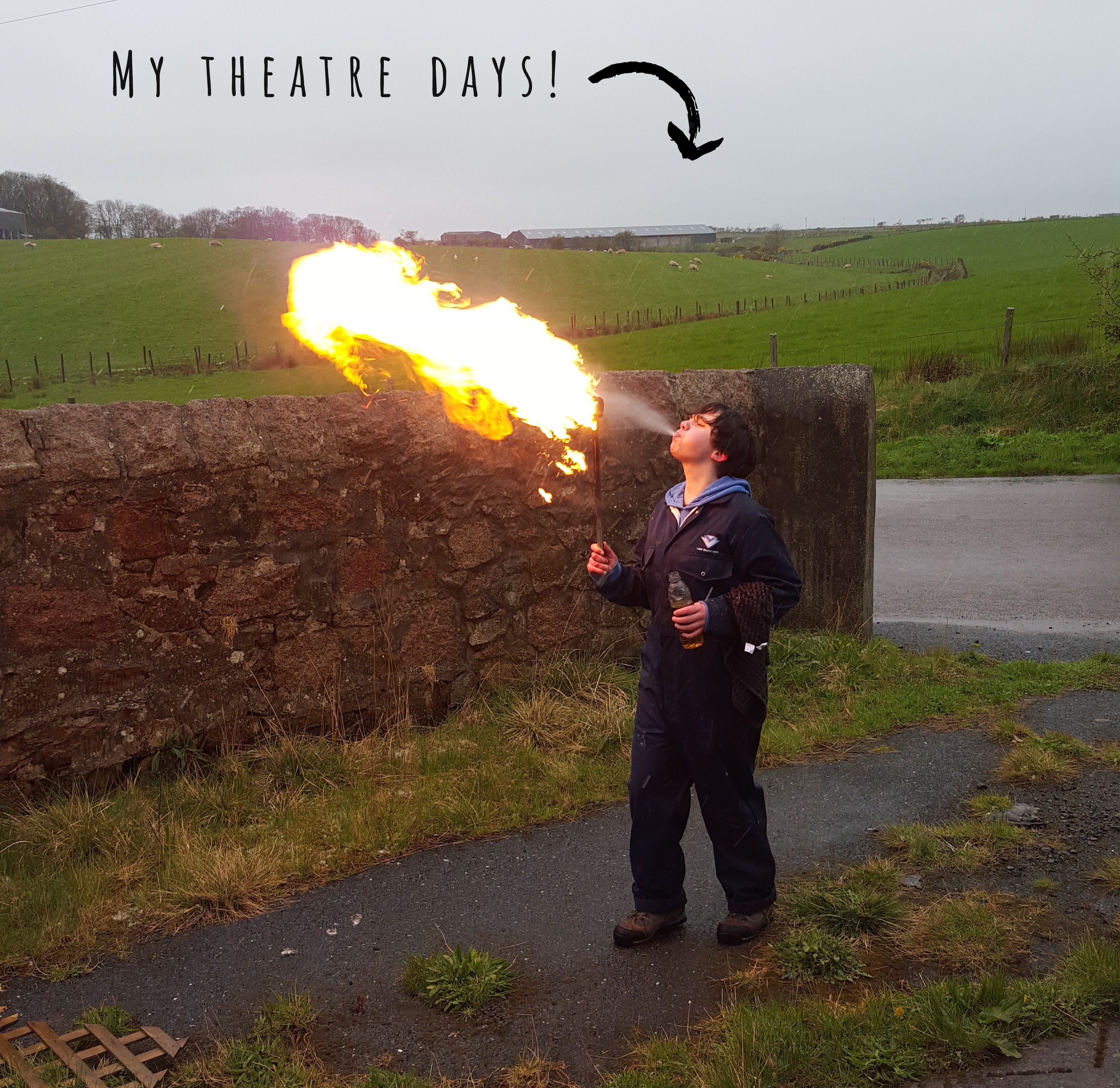 Long story short, while at university I became involved with a European national parks project which reignited within me a love of nature and the outdoors that had stemmed from growing up in rural Scotland. My involvement grew as I engaged with other related projects and eventually, that question of what I was doing with my life popped into my head.

I tried to ignore it at first – I was most of the way through an arts degree and knew I didn’t have the qualifications or money to start from scratch in ecology or environmental science. I guess I’m stuck doing film.

As time went on, it became obvious that I was quite intimidated by the prospect of going into the film industry. It’s a competitive place and I knew my heart wasn’t 100% in it. I met with the university’s career advisor, asked what I could do, and came out feeling maybe more confused. I was now close to graduating and I still had no plan lined up for afterwards. Maybe I should just go and do a Masters so I have an extra year to figure it out? Then again, that’s a lot of money if I don’t go on to use the degree…

I did a lot of research, investigated a variety of options, and finally applied for a spot on a ranger training course. Thankfully, my commitment to my passion meant that even though I didn’t have an environmental degree, I did have lots of volunteering experience to use as an alternative - and eventually got a place!

I’ve spent a lot of time wondering if I’m doing the right thing. I feel like a huge imposter, joining this course in the highlands based on a few years of what has essentially been a hobby, compared to my classmates who might have degrees and qualifications abound. Having never actually done it as a job before, I might not even like it! Have the last 4 years of work been a waste? These questions race around my head at night, and then I remember that really, none of it matters.

We only get one shot on this little blue planet so surely it makes sense to take it in the best way possible. Why should expectations or rules or tradition matter? You do what you want to do, and if that means you have to jump through a few hoops, just do it! There’s nothing to say you can’t change your mind again.

One life, live it

Obviously, it would be great to be writing this in a years’ time, having just finished the course and saying, ‘it was the best decision I ever made!’ but unfortunately, until I start in January, I don’t know that yet. But who cares what path you took? You can always change your mind. And the experience of uni has been brilliant so it certainly wasn’t a waste (and now you have a degree which is always a bonus, no matter what it’s in!)

Anyway, what I’m really trying to say is 1. don’t panic, and 2. go for it. Hopefully it’s reassuring to know you’re not the only one wondering if you’re doing the right thing, and if you were looking for a sign to make the leap and follow your passion, here it is

#Careers#Life purpose#Wellbeing
f
Enjoyed this article? Give it a like

By Ellie M.
Crafter, casual gamer, and future forest ranger. I'm Ellie and I graduated from the University of Glasgow in 2021 with a degree in Film Studies and Theatre. I grew up in rural Aberdeenshire and am still trying to figure this ‘adult’ thing out.
Suggested for you

How I connect with nature in my uni room

Review: How this one book made me rethink everything about...