Mental health in the Punjabi community: A chat with Taraki founder, Shuranjeet Singh

Within Punjabi communities, those living with mental health difficulties can face obstacles from family and friends, wider society, as well as within health care settings, which can sometimes lead to increased isolation and a lack of support.

After personal experiences with mental health as a Punjabi student, and having observed others in Punjabi communities being unable to access adequate support, Shuranjeet Singh started a movement called Taraki in 2017. 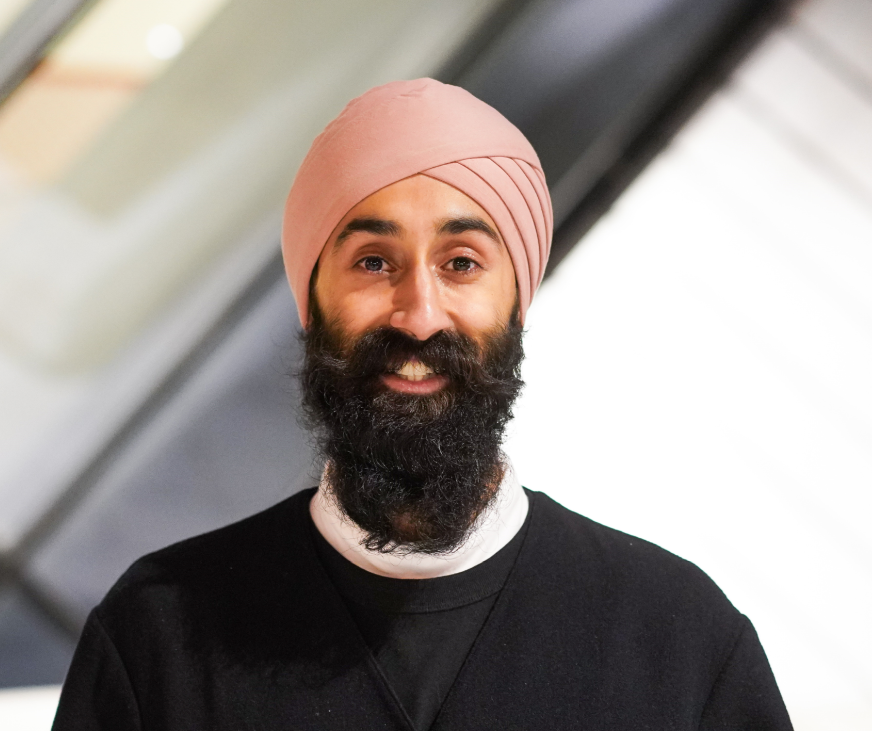 Taraki envisions that Punjabi communities perceive and embrace mental health as an integral part of their lives. They work to get Punjabi communities engaged in conversations, support, and caring for their mental wellbeing at an individual and collective level. They see an environment which enables mental health awareness, education, support, and research centred on autonomy and community knowledge, working across intersections of culture, faith, and other markers of identity.

He spoke of the impact the pandemic had on all students' wellbeing, but particularly in Punjabi communities where family life can be more involved, with added pressures and responsibilities.

Catching up with Shuranjeet after, he explained that while many of the pandemic-specific struggles of the Punjabi community have been the same as the rest of society - like isolation, changes to routine, health anxieties - the way they’ve manifested differs.

‘Faith is an important part of the lives of many people in our audiences, whether Sikh, Hindu, Muslim or Christian. Online, it’s a lot harder for faith societies at uni or faith groups to meet, which has led to particular challenges with keeping routine and motivation.’

Plus, a significant portion of Punjabi people work in healthcare services, meaning there is a higher risk of catching Covid-19 - presenting a further specific challenge for the community.

Taraki was founded in October 2017 following Shuranjeet’s own experiences of mental health challenges when he started his undergrad.

‘I was moving cities and was the first in my family to leave home for university, so I put a lot of pressure on myself to succeed. When things didn’t start too well – I found it pretty hard to make friends – I started questioning myself and my ability to thrive in a university environment. I was so chatty with people before uni, but I found myself unable to speak to anyone, and I found situations with large crowds increasingly difficult.’

Describing his housemates as his ‘bedrock’, Shuranjeet thankfully found support in his housemates: ‘...we were able to create a space of openness and honesty, a space where we could be ourselves without fear.’

Currently, Taraki has four areas of focus: mental health awareness, education, social support and research, with all who work for the movement are volunteers. And while Taraki isn’t a student-specific organisation, they have had a number of students engage with their work over the years - often following workshops, talks or during spaces they’ve held for discussions.

‘We’ve found that taking creative approaches to well-being has been a hugely beneficial way of starting conversations and strengthening support. One important example was January 2021 where farmers and farm workers from all around India, but mainly Punjab, were protesting in the country’s capital. They were being met with real force from authorities, with lots of images and videos circulating of difficult scenes. Punjabi people, and students in particular, were very impacted by this. We held events specifically for students to reflect on how they were consuming information, how they were supporting family and what they could do to look after themselves and those around them. This is quite a specific issue and required a specific response.’

When asked if he has any advice he’d give Punjabi students moving away or back to uni this September, Shuranjeet said:

‘I’d advise them to be open to making friends, to doing group activities, to finding what you love the most. For me, I wish I had joined more societies. At the beginning I didn’t because honestly I thought it was pretty corny, but I regret it as it would have been nice to have some structure in my week, and it would have helped a lot with making friends. Everyone is in a similar boat, moving to a new place and all, so put yourself out there and don’t be afraid to seek help if you are struggling!’

To read more about the amazing work of Taraki, and to find ways to join the movement, check out their website.

#Mental health#Support#Wellbeing
f
Enjoyed this article? Give it a like

My experience: The realities of socialising in life after...

Sonam on managing an invisible disability at uni

The importance of community as an LGBTQ+ student