The student-friendly guide to office lingo

So you’ve landed an internship for the summer or you're about to start your very first graduate job. Well done! That’s an amazing achievement and one you should be incredibly proud of.

As excited as you must be, I imagine you’re also feeling quite nervous right now. With a new job comes new experiences, challenges and things to get your head around. That’s daunting, right?

We get that. So to help you make that transition from student to employed graduate, we’ve put together a student-friendly guide to office lingo. Use this and you’ll be able to navigate those first few weeks with confidence.

Meaning: This is just another way to say the end of the day. Why do people use this phrase instead of just saying that? I have no idea.

Example: Can you send me your report by EOP tomorrow?

Meaning: If someone says business as usual or BAU, they are referring to a situation where things are continuing as they normally would on a day-to-day basis

Example: Let’s get this project out of the way so we can get back to BAU.

Meaning: See end of play (above).

Meaning: The Cambridge Dictionarydefines this as ‘the activity of forming ideas in the mind’. Essentially, it’s just a fancy word for coming up with ideas as a team.

Example: I’ve put some time in the calendar for an ideation session tomorrow morning. 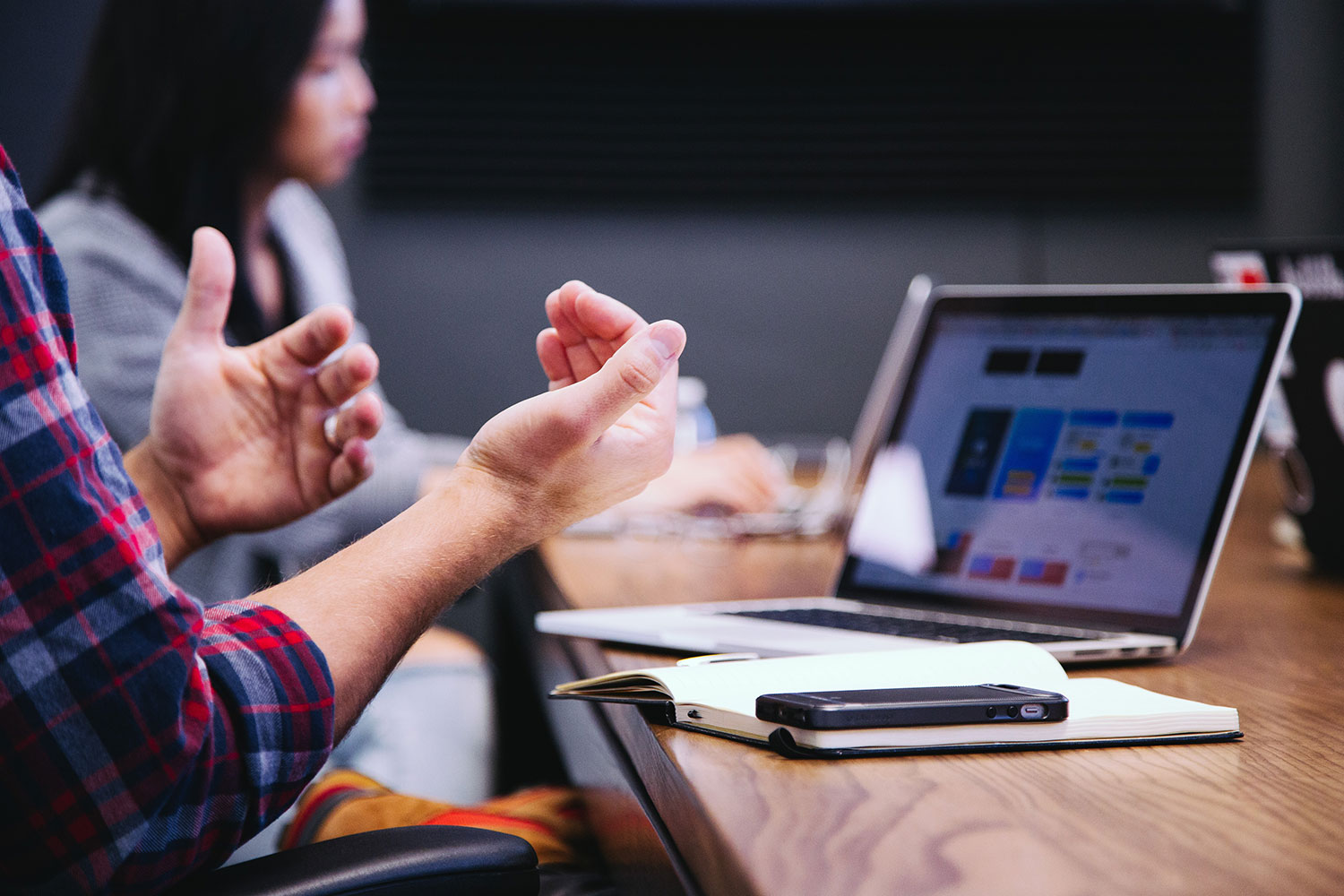 Meaning: You already know what steer means. Well, in the office it takes on a slightly different definition. It’s still to do with direction, but it typically refers to advice on how you’re going to approach something.

Example: The head of operations is going to give us a clear steer on the direction we should be heading in.

Meaning: Need to have a quick catch up with someone or check what they think about something? This is what people mean when they say touch base. Basically, it’s a short conversation with a particular purpose.

Example: I’m out of the office for the next couple of days, but we’ll touch base when I’m back.

Think outside the box

Meaning: You’ve probably heard this one plenty of times before. This popular metaphor refers to bringing a new approach or coming up with a fresh range of ideas.

Example: I really want us to think outside the box this time.

Meaning: To get something done. This phrase is used a lot when you’ve had a meeting and there are several tasks that need to be done off the back of it.

Example: Emma, could you action that for me please?

Meaning: No one in the office gets their own specific desk. It’s first come, first serve and you just end up sitting where there’s space.

Example: We have a hot desking policy here, but everyone always tries to get the desk by the window. 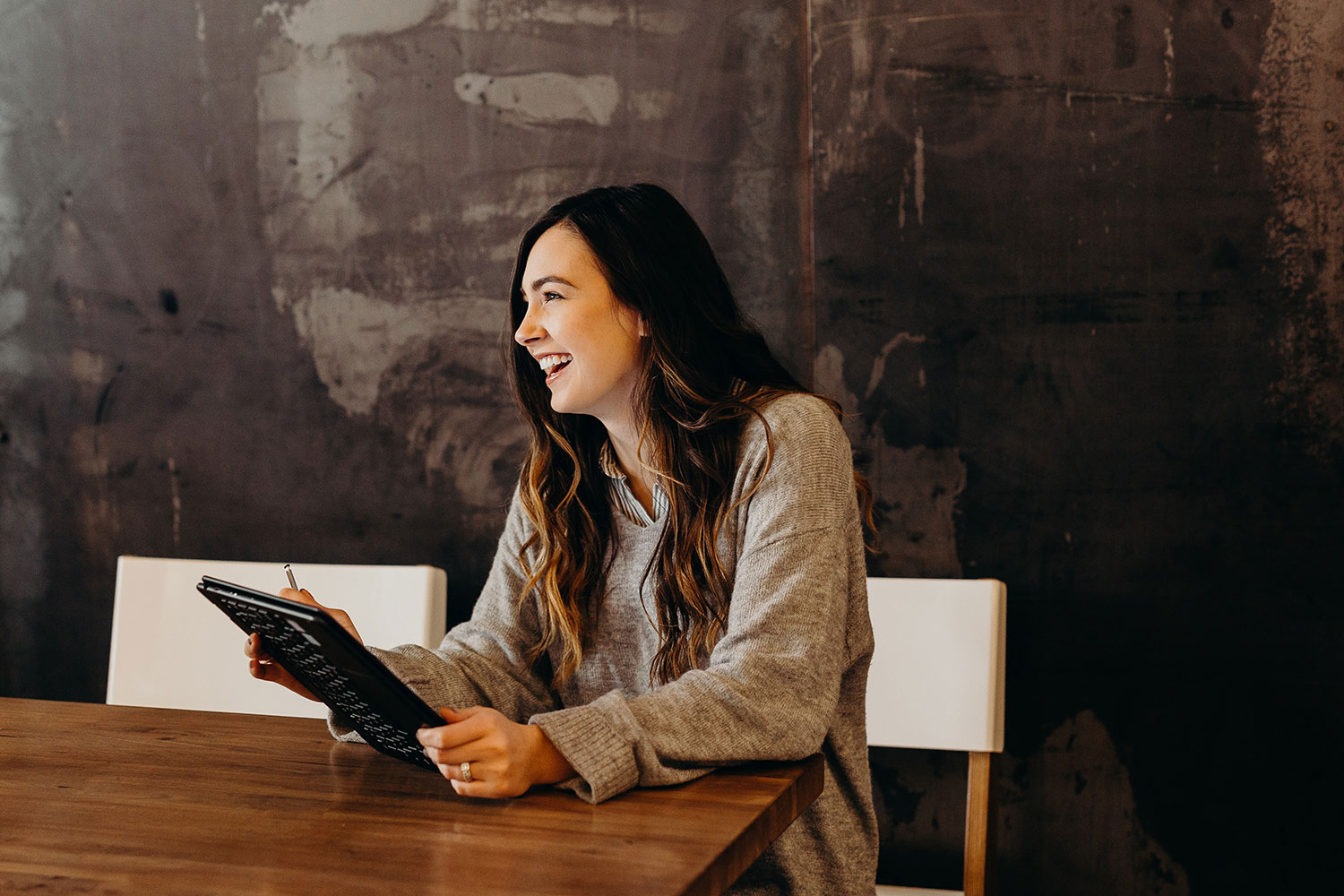 Meaning: Flexitime is great (if your company offers it), as it means you can change your work pattern while still working your contracted number of hours. Want to work 8am-4pm rather than 9am-5pm, no problem!

Example: Thanks to flexitime, I can now avoid the worst of rush hour and my commute is much shorter.

It’s on my radar

Meaning: I’m aware of the situation and I’ll get round to it soon when I have some spare time.

Example: Don’t worry, the marketing project is on my radar.

Meaning: When you have a list of tasks or goals, the low hanging fruit are the ones that are easiest to achieve.

Example: Let’s go after the low hanging fruit first and then we’ll look at the rest of the list.

Singing from the same hymn sheet

Meaning: To share the same understanding, aims or plans as someone else, helping you to work together in harmony.

Example: I just wanted to check that we’re singing from the same hymn sheet on this project.

Meaning: KPI is an abbreviation for key performance indicator. These are used to measure the success of a company or individual. You can think of them as targets.

Meaning: This one is simple enough. It basically means the best way to do something, as is widely accepted in the rest of the industry.

Example: If you follow best practice on this, you won’t go wrong.

Meaning: If an idea has legs, it means that it has the potential to succeed or go on for a long time.

Example: I really like your plan for integration, John. I think it has legs.

Meaning: To take a closer look at something and delve into the detail.

Example: Could you please drill down into the numbers from our February marketing campaign?

Example: Can you please cascade this information to the rest of your team.

Meaning: We’re going to have to put this idea or conversation on hold for a while. Although, sometimes things get tabled forever.

Example: That’s a great idea, but we’re going to have to table it until next week.

Meaning: This is just another way of talking about holiday.

Example: I’m going to be on annual leave next week, but John will be picking up any requests in my absence.

#Advice#Careers#Employability#Postgraduate
f
Enjoyed this article? Give it a like

Common mistakes students should avoid when applying for a new job

Why you should go to your autumn careers fair

10 Simple ways to impress in a recorded video interview