“Sometimes you’ll literally be on the floor. You can’t stand up and you can’t kneel up because it is so hot.”

“It’s pitch black and it can be quiet. You just don’t know what’s in front of you.” It’s hard to imagine quite what it feels like to be caught in a fire. And yet, our own actions can very easily put us and others into that exact situation. Hopefully that’ll never happen, but if it did, you’d be relying on the fire service to help you. Here, we speak to Watch Manager Paul Henbest about what it actually feels like to run into a burning building, and what each and every one of us can do to ensure we’re never caught in one.

Paul, 36, has been a firefighter for the best part of 15 years. After trying to make it as a professional footballer, he decided to take on a new challenge that would allow him to continue in a role that relies on teamwork and physical, hands-on work.

He’s now a Watch Manager for Avon Fire & Rescue Service at their station in Bedminster, Bristol, which means he’s the guy in charge of the scene when they first attend an incident. After a decade and a half of service, it’s fair to say he’s had his fair share of close encounters with fire incidents over the years.

Catching up with Paul on one of his days off, we wasted no time in getting stuck into the serious stuff: what does it actually feel like to go into a house that’s on fire?

“It’s quite an eerie place to be when you first go into a house that’s on fire,” Paul explains. Depending where the fire is, you might make your way in through the front door and there might be smoke above your head. Or it might be around waist height, so you have to get down on your knees.

“As you start making your way towards the fire, it starts to get hotter and your visibility becomes less and less because of all the smoke. It depends on the severity of the fire. You could be in a room that’s completely separate from the actual fire, and there’s not a lot of heat, but you cannot see your hand in front of your face.”

Despite being trained in special techniques to navigate around rooms and find anyone that may be inside, lack of visibility is a very real challenge that firefighters have to face when responding to incidents. “In your own house, you can make your way around because you know your layout. But that’s the first time we’ve set foot in that house.”

As you can imagine, visibility is only one of the issues firefighters have to deal with. Even if they’re in a completely different room to where the fire is, the heat can be unbearable. “You’ll literally be on the floor because it’s so hot. You can’t stand up, you can’t kneel up,” says Paul.

Although firefighting technology and equipment has improved over the last 20 years, Paul says you can still feel the heat when things get serious, and your ears are one of the first places you’ll feel it. “That’s when you’re thinking about when’s the right time to get out. But obviously it changes if there’s people in there.”

Fighting fire when a life is at risk 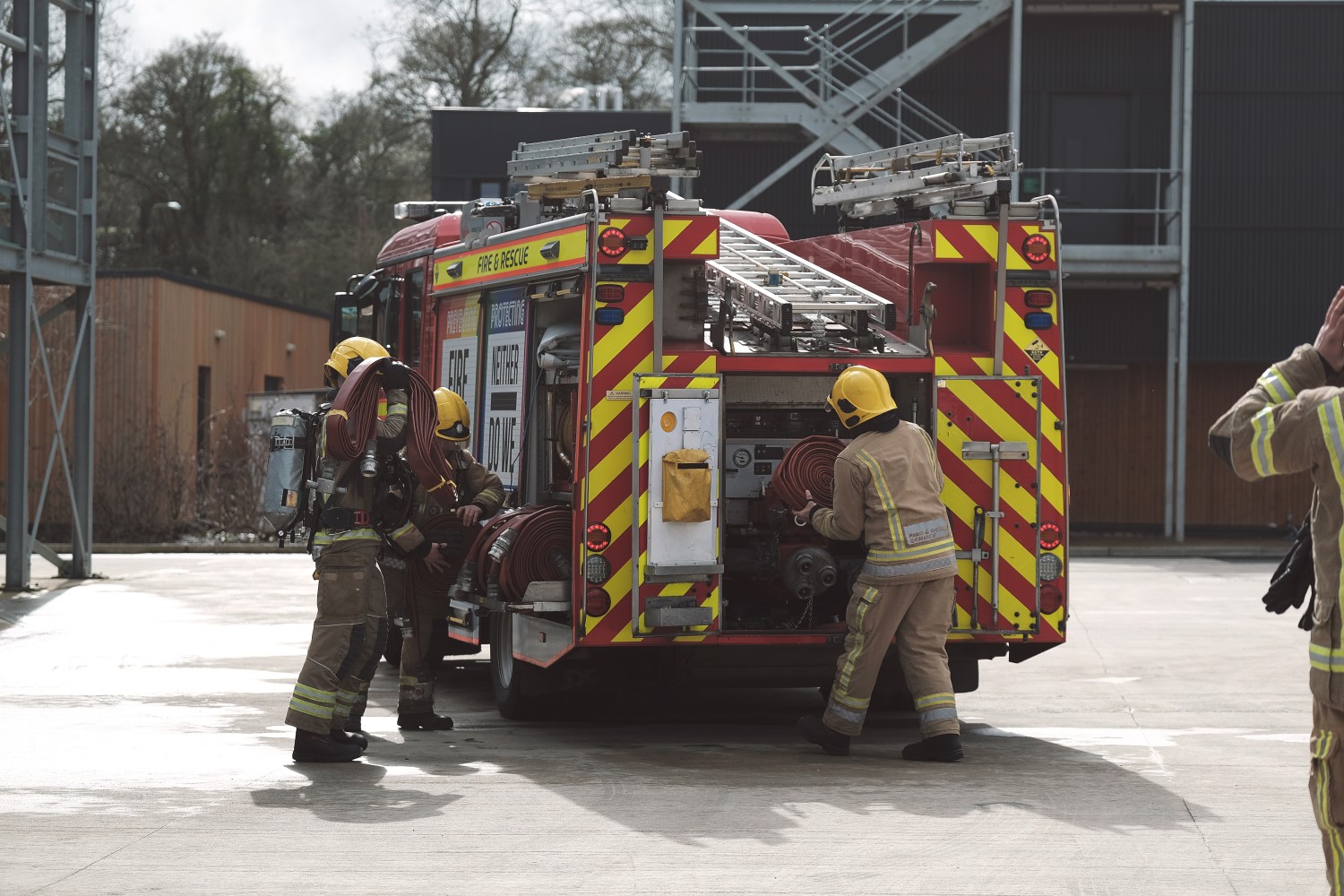 When firefighters attend any domestic fire, there’s an urgency to put the fire quickly in an effort to save as much of the property as possible. But if there’s someone in the building? Well, that’s when things get a lot more serious.

“Everything is heightened, everything is quicker and you search those rooms extra quick, trying to think where that person might be. We train for the fact that, actually, people aren’t always where you think they’re going to be,” Paul tells me.

Firefighters often check behind doors and below windows, Paul explained, but a lot of the time people are just on their beds. “It’s that horrible feeling when you’re feeling around and you feel someone’s leg or you feel someone’s hand and it’s like, oh, I’ve got them here.

“It’s a relief, but it’s not a nice feeling because, if it’s hot and it’s smoky, the chances are they’re not alive. But it is a relief that you’ve found that person. The worst thing is going into a house fire and struggling to find that person.”

Fighting fire at the source 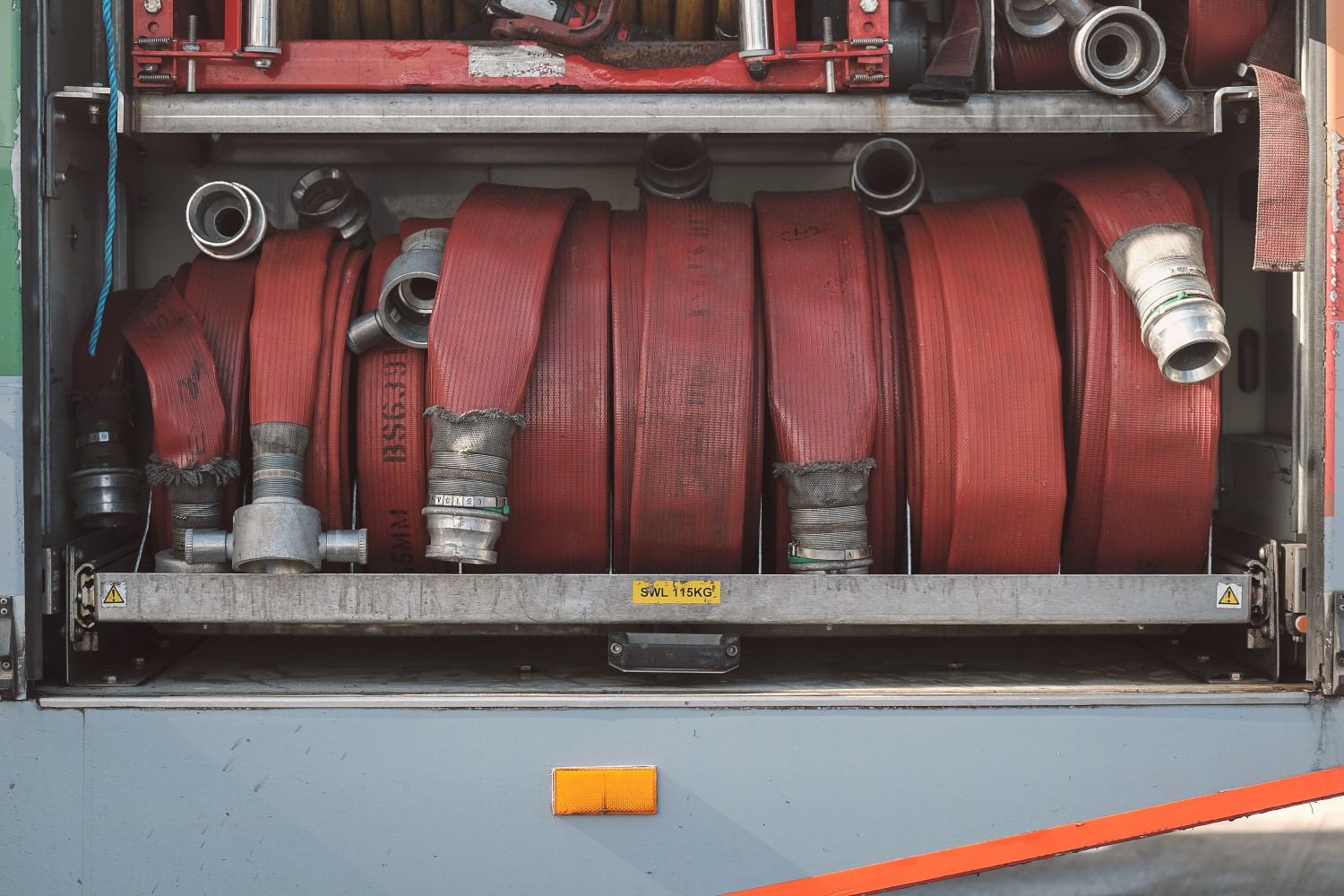 So where do most fires start and what can we do to make sure the above doesn’t happen where we live? “Anecdotally, the majority of our fires are cooking related,” Paul explains. And this is something that’s backed up by the figures, too. Official government stats reveal that 48% of dwelling fires (fires where people live) in 2019/20 were linked to cooking appliances.

“It’s about making sure your oven’s clean,” says Paul. “Because all of a sudden the grill could be on fire, and then someone panics and tries to put a tea towel over it, or they try and move it and it drops. Then it all kind of snowballs from there.”

Instead, Paul says it’s best to turn everything off and call 999. Even if it’s burnt itself out before the fire service arrives, it’s still important to make the call and to not try tackling it yourself. “Just close the door on it. That’s imperative for us,” Paul adds.

Fire doors not only reduce smoke damage, but they also slow down the spread of a fire, making it easier for firefighters to deal with. “People probably don’t realise that a lot of the time fire doors are constructed to keep the fire back for an hour. Often, the door won’t be the thing that fails, it’ll be something else. Those fire doors are there for a reason.”

The impact of incidents at student accommodation 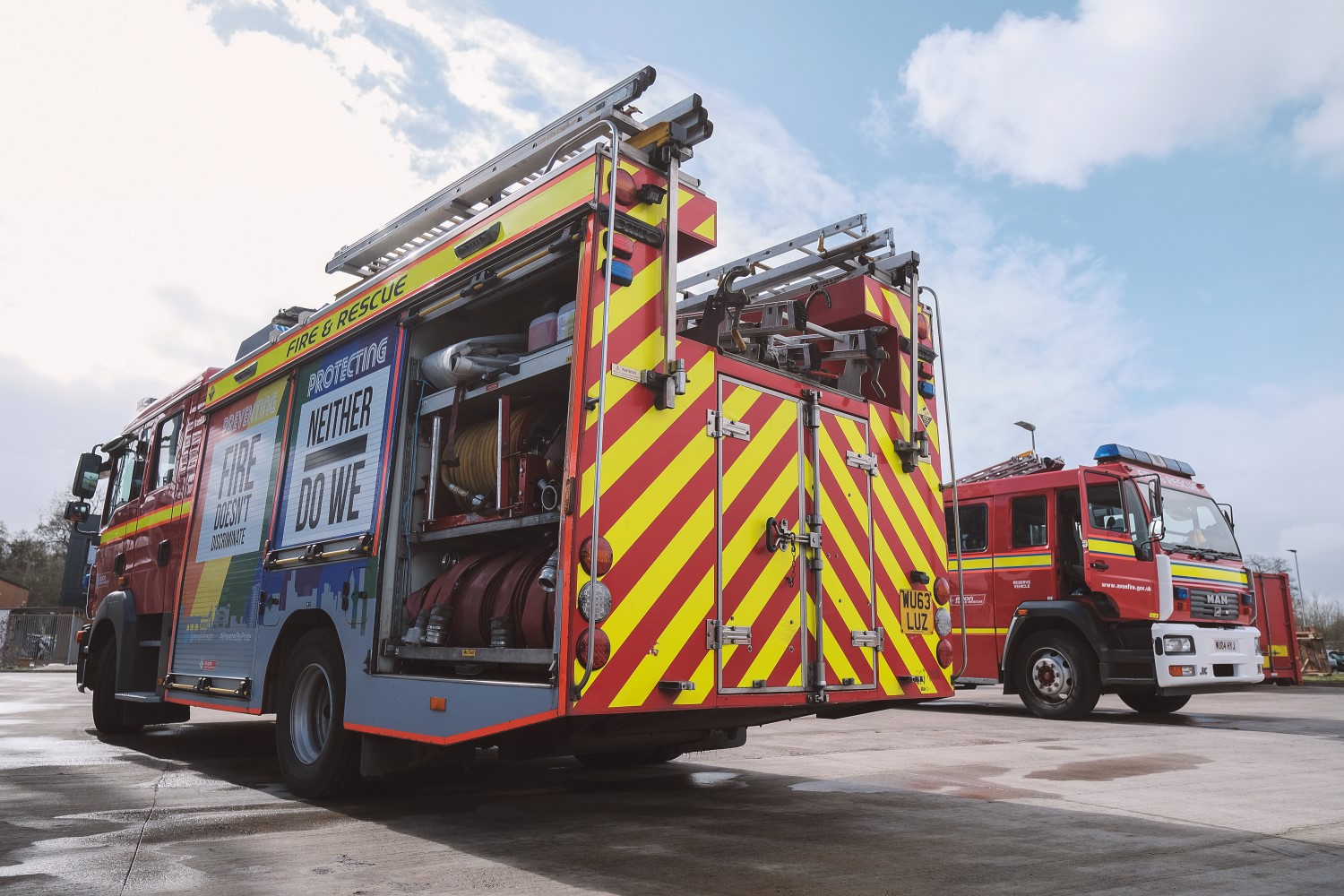 The trouble with that is, not only is it a massive drain on resources, but it’s also putting more vulnerable people at risk. “There could be three appliances going to student accommodation for alarms, when actually, Mrs Miggins down the road, an 80-year-old, could be having a proper fire.”

“The amount of student accommodation we go to… and it’s caused by cooking. It’s cooking and sometimes mobile phone chargers. Cheap chargers that aren’t authentic, that’s when we get called.”

Students have the ability to reduce the risk of fire. Just using an authentic phone charger or keeping your grill clean can have a big impact. But the thing Paul finds most frustrating? “People who have had a skinful on a night out, have come back, put a pizza in the oven and then gone and sat on the sofa and fallen asleep…

“If you’re going to put something in the oven, don’t leave it unattended. Especially if you’ve got alcohol on board; you’re more than likely going to fall asleep, and that’s when people get hurt.

“It can literally be a moment, a lapse in concentration or just not really thinking, and before you know it, you’ve got three or four foot flames and you’re looking at it thinking, I don’t know what to do here. That’s when your panic sets in and that’s when you make the wrong decision.”

For more information about how you can reduce the risk of a fire and keep your home safe, give this a read.

#Fire safety#Living with us#Safety#Student cooking
f
Enjoyed this article? Give it a like

Fire hazards: How you can help keep your student flat safe

Fire safety: How 5 minutes in a smoke-filled room changed me

A matter of life or death? Why it’s so important to use kitchen...